Although a severe weather warning for Greater Melbourne has been withdrawn, officials warn that further storms are possible tonight.

A severe thunderstorm notice has been issued for Shepparton, Wangaratta, Mansfield, and the surrounding areas, with residents being advised to be vigilant and seek cover.

Extreme rainfall is expected to cause “life-threatening flash floods” in Euroa, Wangaratta, Mansfield, and Mount Buller, according to emergency services.

In Melbourne, almost a dozen people were rescued from their automobiles as thunderstorms pelted the city and other surrounding regions with severe rain, hail, and destructive winds.

People are being advised to avoid needless travel, monitor local circumstances, and prepare for flash floods in some situations.

Some regions, including Werribee in Melbourne’s west, Ballarat, and the Brisbane Ranges, have already seen flash floods.

State Emergency Services (SES) state duty officer Aaron White said teams had been dispatched to assist around 10 to 15 persons who had drove into floods.

He told ABC Radio Melbourne, “We really strongly warn people to remain well clear of floodwaters and definitely don’t drive into them.”

After a flash flooding warning was issued, emergency services received many complaints of flooding from communities near the Elwood Creek.

People living along the stream were advised to stay indoors and stay out of the floodwaters.

Hailstones up to three millimetres in diameter were observed in Melbourne’s inner-east, while heavy rain fell in sections of the city’s east.

37mm of rain poured in an hour in Clayton South, and 35mm in half an hour in Springvale. 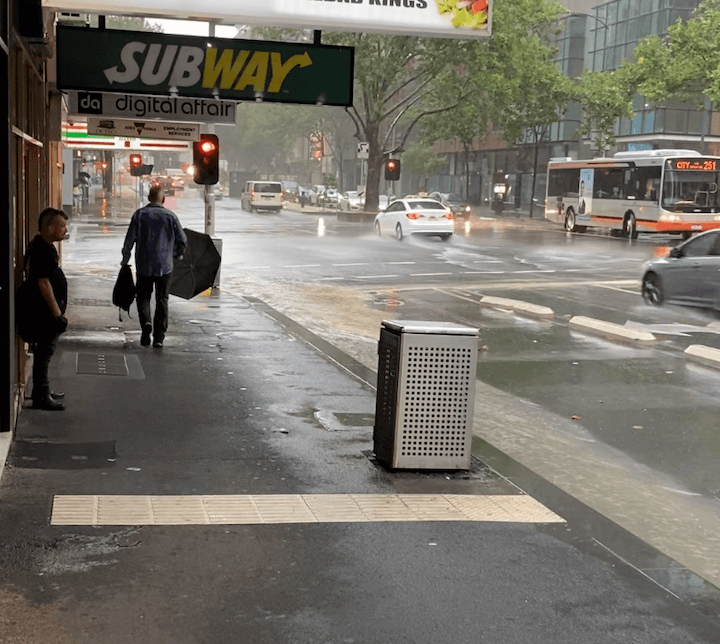 Emergency services are urging people not to drive into floodwaters

As the severe downpour soaked part of the floor inside Chadstone Shopping Centre in the city’s south-east, several consumers videotaped.

Some cars in the retail centre’s parking lot became caught in floodwaters, according to ABC Radio Melbourne caller Jake, and had to be hauled off the ground before the waters retreated.

Best of Melbourne city! Your guide for places, people and things.